May 21st, 2019 Posted by Michael O'Sullivan News, Uncategorized 0 thoughts on “Our summer sing” 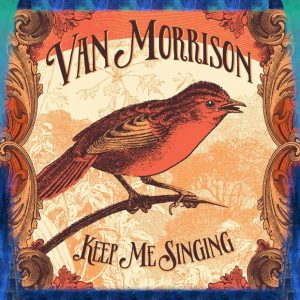 On Sunday the 26th May our choir will officially finish singing at the 10:30am Mass at the Church of the Holy Spirit, Dennehy’s Cross, but all is not lost as we’ll continue a tradition  we started some years ago whereby we go on singing “unofficially ( without our weekly Wednesday night practice) at the 10:30 am Mass. This year we also invite people who’d like to be part of a church choir END_OF_DOCUMENT_TOKEN_TO_BE_REPLACED

Richard Rudkins is a composer, orchestrator and organist based in Cork. He graduated from the BMus degree course in the CIT Cork School of Music in 2013, and completed his MA studies in composition in 2016 under the guidance of C.S.L Parker. In 2012, his work in the field of composition earned him the Director’s Prize at the Cork School of Music. He also held the PM Group Fellowship in Composition at the Cork School of Music from 2014-2016. He has also received tuition in composition and orchestration from composers such as Seamus de Barra, Alan Cutts, Conrad Pope and Christopher Young, as well as attending workshops/lectures with composers Carl Davis and Howard Shore.

A busy organist, Richard has accompanied/directed many choirs around Cork including the Holy Cross Parish Church Choir Mahon, Blackrock Parish Choir and the Mayfield Gospel Choir.  In March and April 2017, he worked with the pFizerphonics in their concert in North Cathedral where they performed Fauré’sRequiem.  He studies under the guidance of James Taylor at the Cork School of Music, where he also works as a lecturer in orchestration.